Singapore is the world's biggest upscale mall. It is a bit over the top. But it is clean and that is a nice thing for Tara and the boys who have not been out of India in seven months. So far it has been enjoyable, although most of the day we have spent sleeping due to the fact we flew all night. It has been mostly a process of recalibrating ourselves to the new surroundings.

Actually, the mall thing is based upon just one major boulevard we visited, so there'll be more meaningful exploration over the next few days. 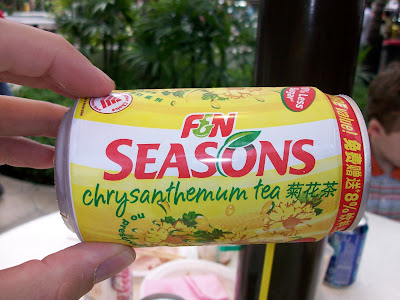 ^ I have always known Chinese culture (many people here are Chinese) to have some funky food practices. But this one was interesting. We generally think of chrysanthemums as a nice flower to have out front around Thanksgiving. But the Chinese make tea from it - and, you know what. It's really good. 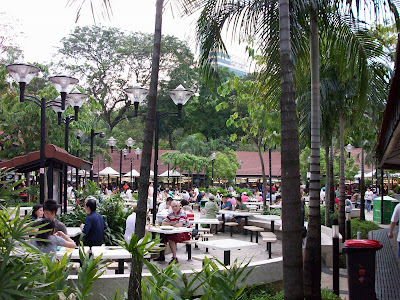 ^ The "hawker center" where you go for food. So-named because of the selling they do as you walk by. A bit of a hustle, kind of fun. 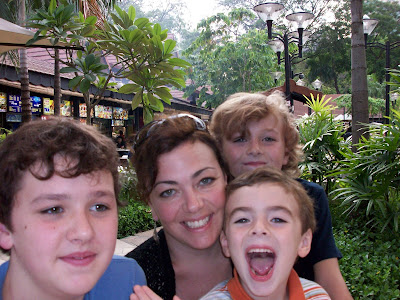 ^ Tara and the boys at said hawker center. She is lovely..... 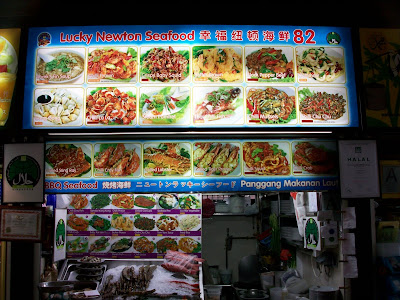 ^ One of the hawker's stalls. Notice the shark fin soup in the top left corner. I thought that food was an urban myth. Also, the prawns were gigantic, check them out. Sitting in the ice.... 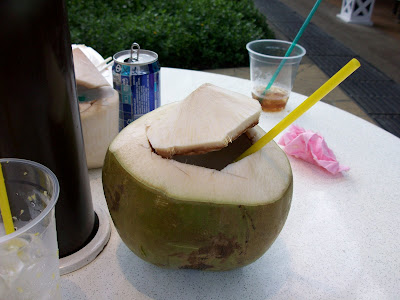 ^ The coconut drink we had with dinner. I routinely have Akbar pull over and I get some coconuts opened up for me in Hyderabad. This one was approximately 18 times as expensive as one in Hyderabad. And remember, I get the "white man mark up" on my Hyderabad coconuts, and these were still that much more.

Off to bed, looking forward to tomorrow.
Posted by Camerons in India at 5:07 AM