OK, I am sitting in Frankfurt airport in the lounge. First observation - Germany is clean, almost sterile. And relatively humorless, but that is a different tangent.

I just used a restroom that was so clean as to almost choke me up. It was immaculate. Now, I have been in American restrooms in gas stations that put me into almost-paralytic shock that such filth could be tolerated. And I have been in some clean bathrooms in India.

I remember when I was in Kerala on my '06 cycling solo road trip. I was spending time people watching while sitting in front of a temple. The large amount of mango juice that I had ingested had come to its logical result, and I was in need of a facility. Then I noticed that the temple had a cash-use toilet. It cost one rupees (less than three cents) and was tended by a Brahmin in an orange dhoti. I gave him the money. When I walked in, I encountered a nightmarish sight. Imagine a place where the accursed spend eternity. And in that same place imagine the damned and odious had been disemboweled for centuries at the hands of scimitar wielding bat-people. Then consider no running water in that same place. Then consider the urinals were ground level and were holes out to the street outside. Then.....

Let me leave it at that. Only analogy and imaginary images could bring you to that place I have actually visited.

I left wanting my rupee back.

Then think of Germany, clean Germany. Everything immaculate. Not even the slightest glimpse of gastric error or distress in a restroom used daily by thousands of people from all corners of the globe.

Restrooms are often left out of polite conversation, and rightfully so - but I had to give you a glimpse of the thing that has most impacted me since arrival here in the First World.

A place where germs flee in fear of antiseptic-wielding women named Greta and Helga.

That restroom was really nice. I almost feel a need to get back in there.

Going to go load up on coffee.

Additionally, it was nice to feel cold weather. We have missed being in New England every October for the last 14 years, and these two years will be almost perpetual summer for us - so, it was nice to feel invigorated by a few blasts of cool German weather. Perhaps the grey and chilly nature of the weather is what has stripped these people of their humor. But, again, that is a different tangent and I want to be a good guest for the next few hours. 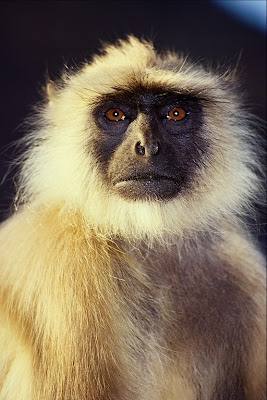 Tara told me that she and the boys were out at ICRISAT today and a huge monkey (she said that it was as large as Aidan, or larger) jumped over the wall and took a small drink out of the kiddie pool. Then it jumped back onto the wall and walked along the edge for a bit. Aidan was on the high dive while all of this happened, and he started to back away from the monkey while up there.

All passed without incident when the monkey jumped off the wall and made itself scarce. Pretty neat, too bad I missed it.

Peace to all!
Posted by Camerons in India at 5:16 AM