Tara and I today went a hike in the natural area near our home. We vsited the mandir atop the boulders. 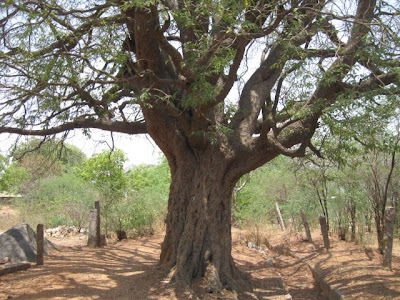 ^ One of the coolest things we saw was this tree. You don't often find trees this size in Hyderabad. 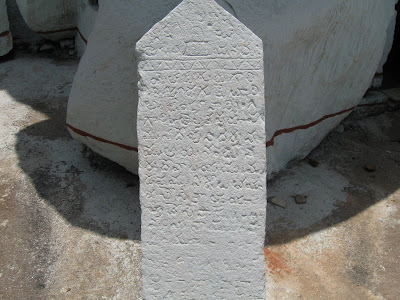 ^ Some Telugu altar in the mandir. 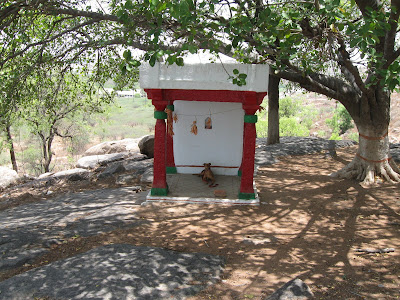 ^ I have participated in Ashoka's obedience class now and have some basic ideas about how to make him heel, sit and (most importantly) stay. This picture above is of him doing "stay" at the mandir. 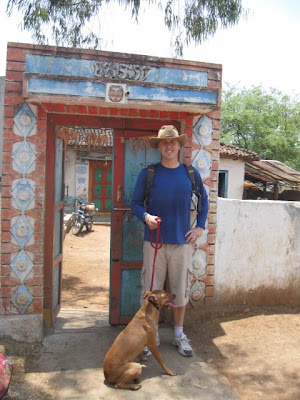 ^ We came out of the natural area and found ourselves in a neighborhood. It was one of the neatest parts of the whole experience..... 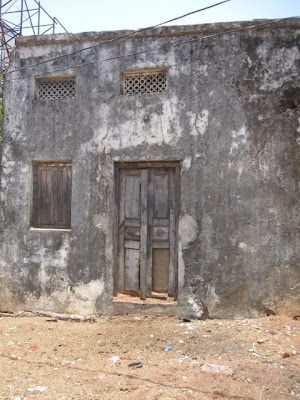 ^ This is someone's house. 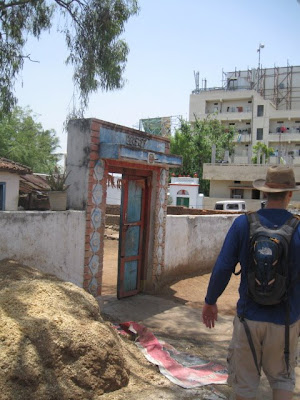 ^ There was this colorful door leading into that house's open courtyard, for lack of a better word. There were buffaloes in the yard. 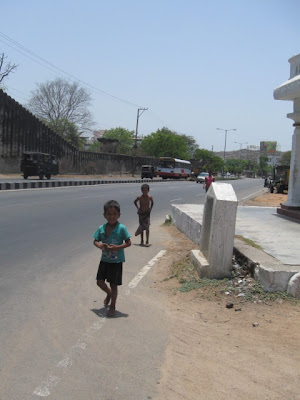 ^ Little kids followed us along the road during part of the walk. 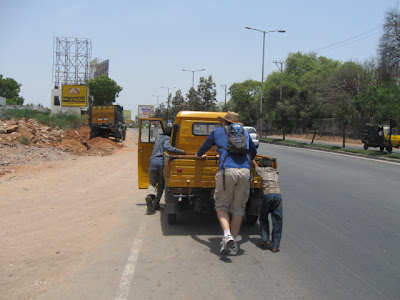 ^ I helped some guy with his broken truck. One of the kids helped, too. 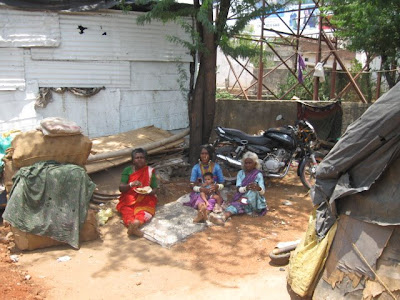 ^ We found three women who clearly were from villages. This picture is worth clicking on to see the larger version. One of the women had a nose ornament that was huge. 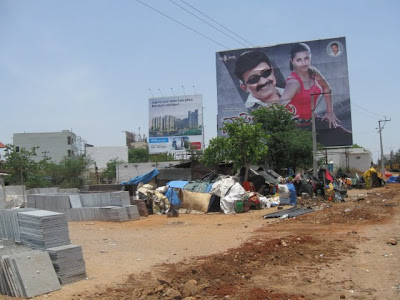 ^ A Telugu movie and a new high-rise on billboards. And below - a neighborhood of sorts. 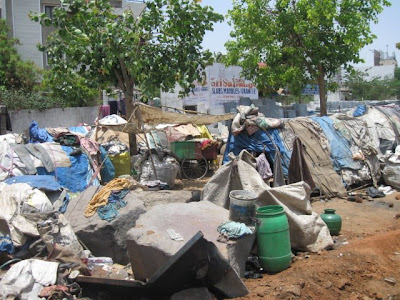 ^ A closer glimpse of the dwellings. 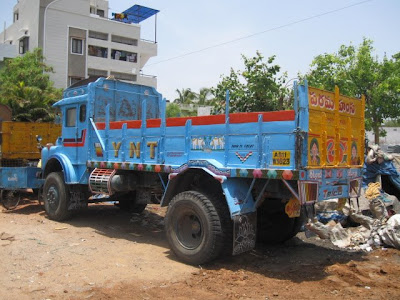 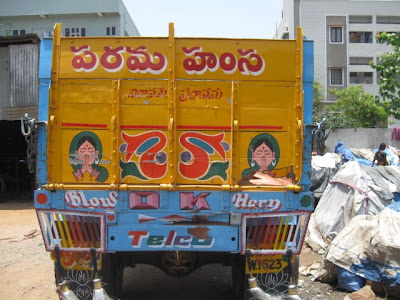 ^ Trucks in India are adorned. Look at this one. The "Blow Horn OK" is a universal thing on almost all trucks. It's the way that cars and trucks and cycles communicate, since none of them have any lane discipline. 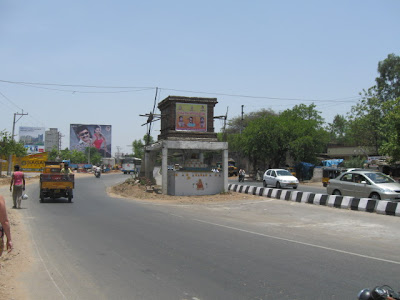 ^ When roads are built in India, they don't move existing Hindu altars. Here's one just sitting in the middle of the road. I drive past this every night while coming homefrom work. It's amazing no one smashes into it. 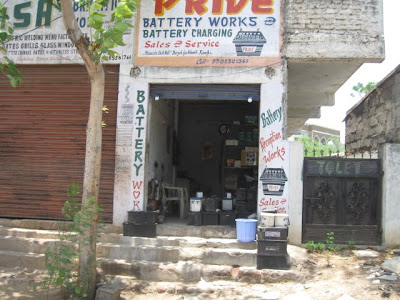 ^ A storefront that sells batteries. 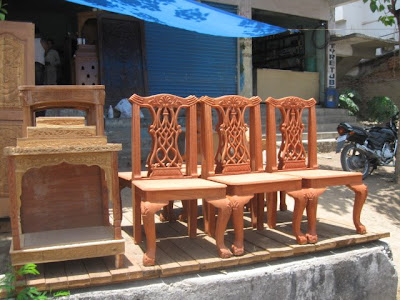 ^ A place was selling terra cotta chairs. I think you put water on them and sit on them. Must feel good in this heat.
Posted by Camerons in India at 2:19 AM