We're home! Here are the first of many great photos of our trip. 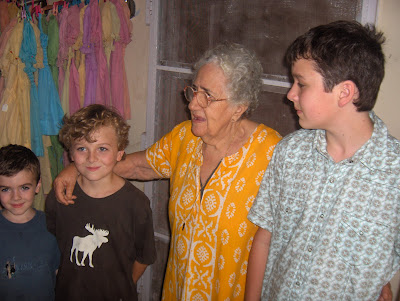 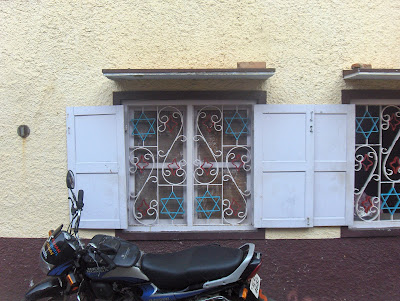 ^ Sarah Cohen, a nice woman we met in Jew Town. She is one of the last Jews there. She spoke Malayalam, Hebrew, Hindi, and English. She was a living testimony to a disappearing people, the "white Jews" of Cochin. Fascinating and very nice, as well.

Below that is the picture of her embroidery shop's window, complete with Jewish stars of wrought metal.

I believe she thought we were Jewish, because we have a son named Jonah and we showed such deep interest in her. She asked us to come to service on Saturday, but she said she doubted that there would be a minyan, which (we learned) is a ten man group that is the minimum required to hold a Hebrew sabbath service. 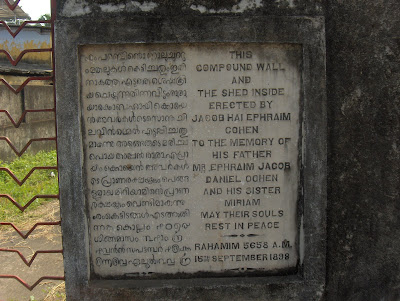 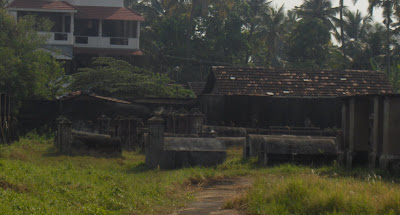 ^ The sign outside the Jewish graveyard in Cochin. You'll notice the name "Cohen" on there a few times. Sarah Cohen is from this family line.

Below that is a photo of the graveyard itself. 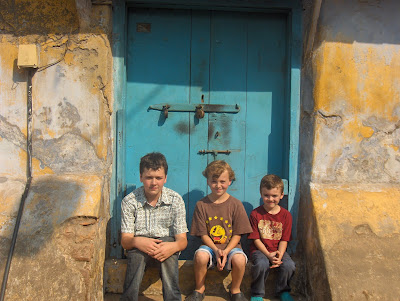 ^ The boys sitting in front of a beautifully colored door in Cochin. We like this picture a great deal.
Posted by Camerons in India at 3:52 AM